The idea of a cloud shell is to provide an interactive shell based access to cloud resources without spinning up a compute instance or configuring credentials to work with a local terminal. A browser based shell works as a operating system agnostic way to interact with the cloud account and the resources within, all using a terminal that is configured to be used with the cloud provider. A pre-configured system, command completion, bash/powershell command capabilities, cloud SDK configured and everyday admin tools pre-installed is what you get when you launch the cloud shell across AWS, GCP or Azure.

So what’s new with the AWS CloudShell, you ask? We looked around the AWS CloudShell environment to identify any configurations or access related nuances that we could use to our hacker advantage. Here’s a quick teardown.

Let’s see what is happening under the hood by investigating the file system, processes, network connections and web traffic. 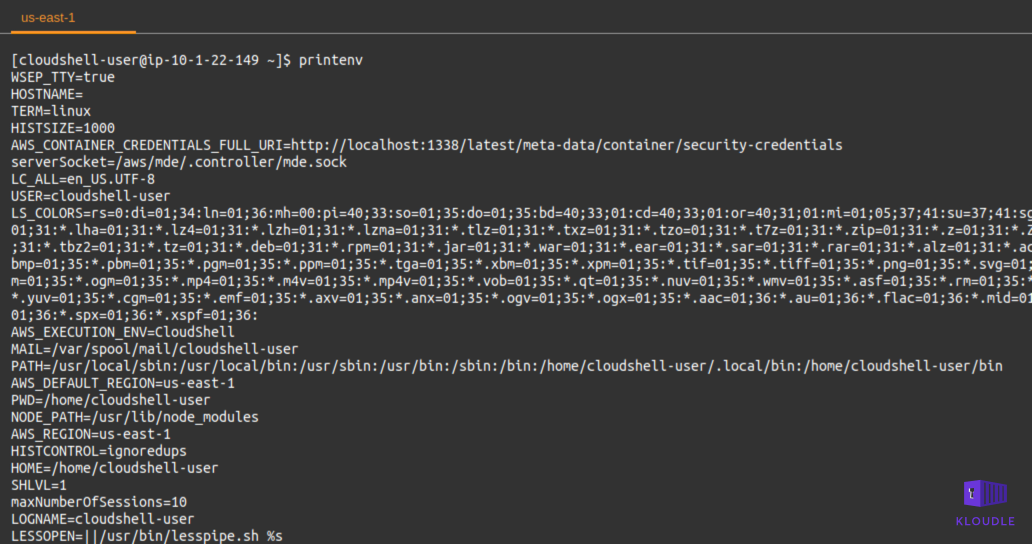 Looking at the mount points within the instance and filtering out the /homedirectory shows that it is mounted from the location /mnt/task/volumes/. 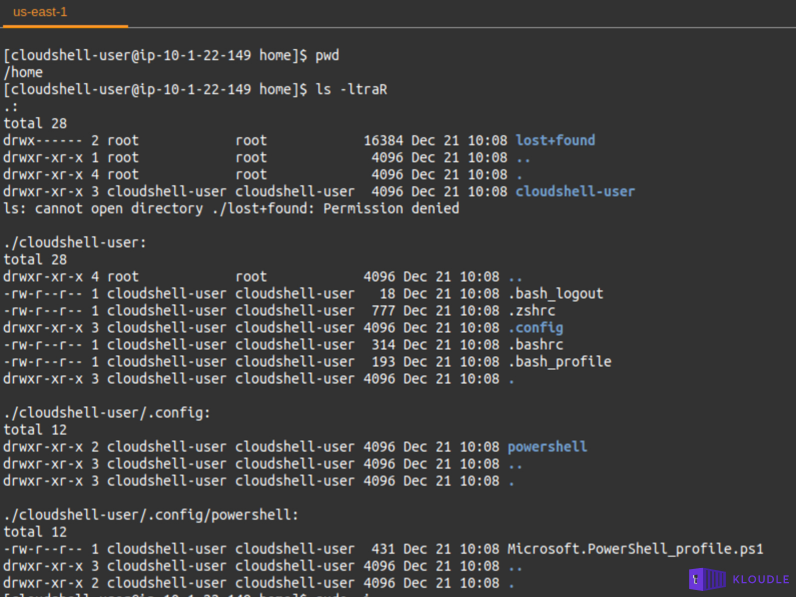 Here’s the contents of the more interesting exec-server.sh

Create the user’s home directory (if it doesn’t exist) 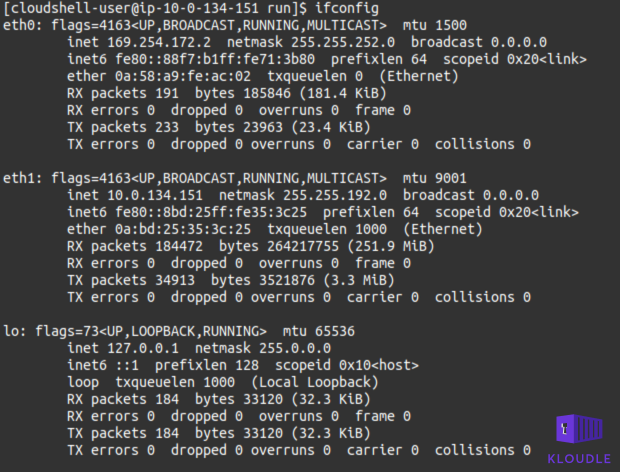