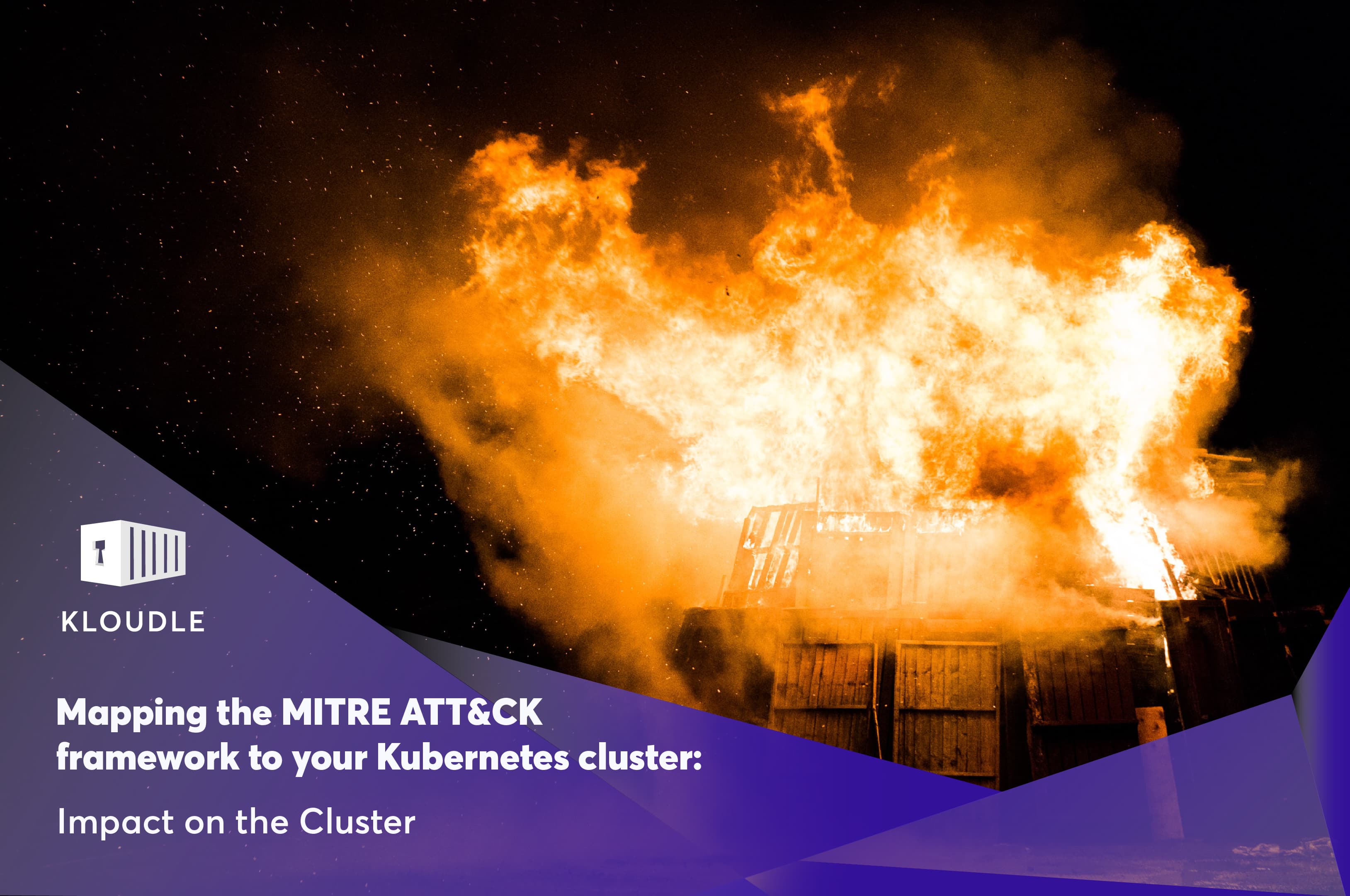 (This is the last of a 9 part blog series that explains the Kubernetes MITRE ATT&CK like Threat Matrix created by Microsoft from an attacker perspective and attempts to provide how real world attackers use the techniques covered in the framework to gain access, execute, persist and explore Kubernetes cluster environments.)

The Impact tactic simply describes techniques that are used by attackers to destroy data, abuse access or change the cluster environment in a way to cause a Denial of Service for legitimate users. The techniques that the Impact tactic describes are more consequences of malicious actions that an attacker takes rather than being actual ways of executing the actions that lead the described outcomes.

An attacker, with full cluster control, can scale down deployments, delete storage volumes, terminate running pods, drain nodes or delete any data that is accessible via running services etc.

For example, an attacker could use the credentials obtained from configuration files or the Kubernetes secrets store to connect to a MySQL server and issue DROP DATABASE commands.

This is one of the most common consequences of a cluster compromise, especially for managed instances on the cloud. Attackers gain control of compromised resources and use them to run attacker chosen tasks, like cryptocurrency mining for example.

With the Impact tactic, an attacker attempts to prevent the cluster from serving its primary purpose of servicing the users of the cluster. Attackers can destroy data, alter the state of data and resources, make them inaccessible to cause a denial of service or simply hijack the resources to perform malicious pre-orchestrated tasks like cryptocurrency mining and malware hosting.

The MITRE ATT&CK threat matrix serves as a guide to defenders as well as authorized security testers that can be used to understand how an attack could occur on a cluster going all the way from obtaining Initial Access to performing destructive actions via the Impact tactic.