What is Secrets Scanning?

Scanning a GitHub Organization for Secrets

Virtually all organizations and companies make use of code to create applications to serve various purposes - to serve clients as a product, to serve a team internally, and so forth. Most of these applications utilize some kind of sensitive data - database credentials, API tokens, login credentials, etc. to perform different tasks. Now using these sensitive details (or secrets) in code is unavoidable as they provide different kinds of utilities be it access to data, the ability to send information to cloud or trigger another service but as all organizations use some form of version control, the most popular choice being Git, these secrets needs to stored carefully and not hard-coded into these applications.

When secrets get committed to the code repository with version control, they become a part of the history of all changes made to the code base and in the event of someone gaining access to the repository, one can retrieve these secrets and gain unauthorized access to services and/or data that they were not privy to. Simply removing the secrets from the repository and adding a new clean commit also does not solve the problem as the secret(s) still remain a part of the repository’s version control history and after gaining access to the source repository, an attacker could move to a different commit and still be able to recover these secrets.

What is Secrets Scanning?

Secrets Scanning refers to the process of identifying secrets embedded in code repositories. There exist a lot of tools that we can use to perform secrets scanning. These tools come with a lot of utility built-in thus making them better to use as compared to an internally developed solution. Some of these features include - version control history scanning, custom signatures, multiple reporting formats, etc. An engineer can choose the tool that fits their context and requirements the best. Some examples of secrets scanning tools are - Git-secrets, Trufflehog, detect-secrets.

Scanning a GitHub Organization for Secrets

For the purposes of this article we will be using Git-secrets. Optionally, I would also recommend to run this scan on a virtual machine running on the cloud as doing it locally might prove to be slow depending on factors like - number of repositories in the GitHub organization, how large the code base is for the different repositories, etc. 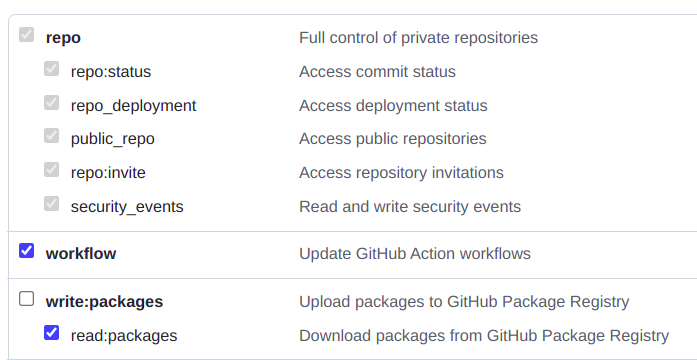 To scan a GitHub Organization for secrets perform the following steps:

3. Execute the following command to add the SSH private key (that we generated in step 4 in the prerequisites section) to the SSH agent, we will use this key to clone the repositories instead of the HTTPS method of cloning

5. Execute the following command to run gitim and clone all repositories from the GitHub organization 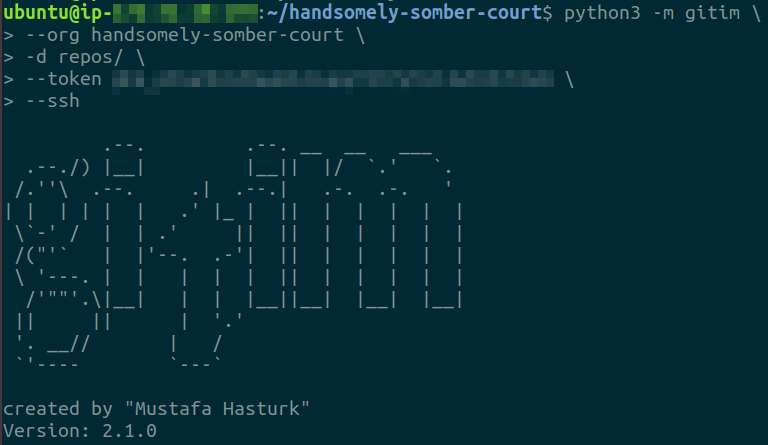 7. Create a reports/ and a reports/listsdirectory by executing the following command

8. Create a bash file called secrets-scan.sh and paste the script below in the file 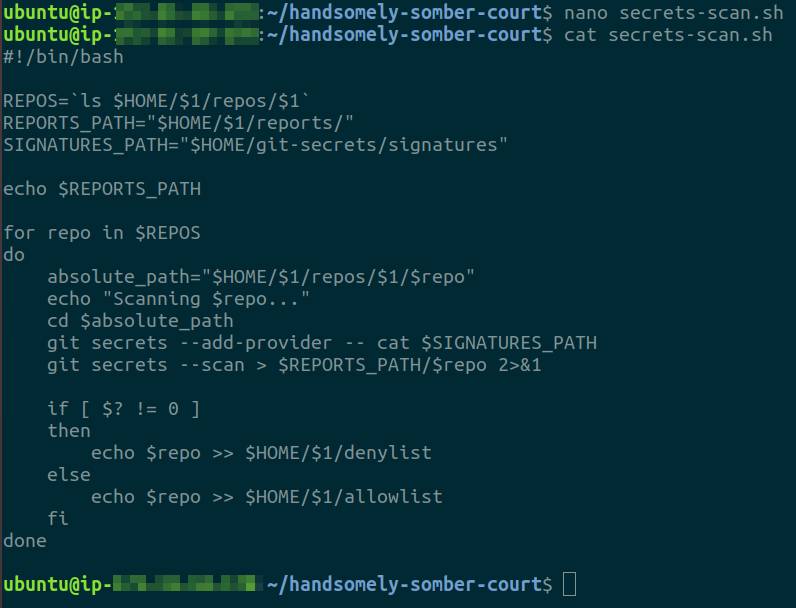 9. Execute the bash script created in the previous step as

Secrets scanning is a great process to implement in the security workflows as committing secrets to the code is one of the most common mistakes that can happen. But since the tools rely on patterns defined by regular expressions or other mechanisms, they are not 100% correct in identifying these secrets. The results obtained are most probably going to be a mixture of false-positives and true-positives. There is a third kind of result which is not directly available in a file, the false-negatives, the secrets which the tool overlooked. Both false-positives and false-negatives are categories we need to deal with.

Dealing with false positives is fairly straightforward, we can create a list of known false positives and filter them from the final iteration of the report. Over time this list of false positives can be updated whenever a new one is encountered, ensuring that we do not have to deal with the same errors multiple times. In the demonstration above also, we encountered a false positive as shown below

As for false negatives, it would require the security engineer to have an understanding of what secrets a particular application could potentially use and this contextual exercise needs to be performed for each application, making this a rather tedious task as most organizations would have hundreds of code repositories if not more. The best way to deal with this case is to introduce proactive controls and knowledge in place for developers to enable them and ensure that they do not commit secrets in the first place. This could be done in various ways, one of which is to use git hooks for pre-commit checks and the developers could add regular expressions to their hooks based on the application they are working on and the kinds of secrets it might use.

Committing secrets to version control in our code repositories is one of the easiest mistakes to make. To ensure that these secrets do not get abused, we need to detect their existence and revoke and rotate them before they get into the hands of an attacker. To do this, we make use of tools combined with patterns to scan our repositories for secrets. We took a look at how we could use a few tools and some bash scripts to scan an entire GitHub organization for secrets and we also briefly looked at ways to handle the situation when a secret is identified. As with most tools, there will be both, false positives and negatives and we need to iteratively improve on our secrets scanning process to account for both of these and over time improve the accuracy of our results.